After a short pause back at my hotel, I couldn’t stay inside. I love walking this city and there is so much to see. First stop just across from my hotel, the Curtea de Apel București, or the Palace of Justice, a grand palace built in the 1890s, during the reign of King Carol I, to house Romania’s high courts along the Dâmbovița River. 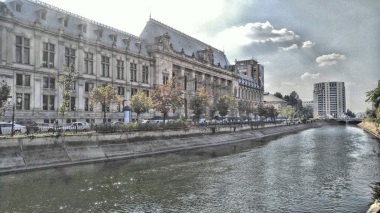 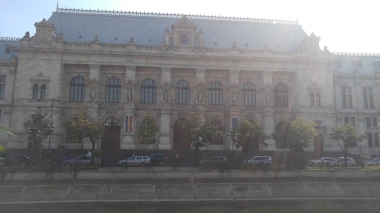 More walking….with photo stops along the way…next up Biserica Zlătari, Orthodox Church. It was magnificent inside, with beautiful stained glass windows, but active worshippers prevented photo taking inside. I guess y’all will just have to go see for yourselves. 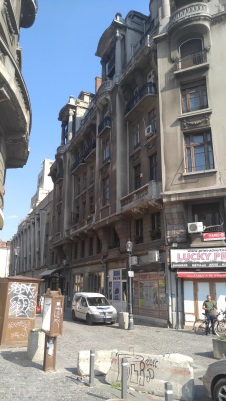 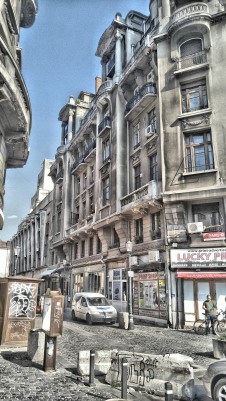 The historic Caru’ cu Bere, another Monument Istoric that I had read about and that was on my list. They have a berea casei (house beer) that was on my list to try. I wasn’t really hungry, but I needed to eat…and I was there. When I asked for a table at shortly after 4, they told me I could have the table until 6. Must be a thing here. I’ve never been told how long I can stay, and I certainly didn’t need two hours by myself! But after a few days in Bucharest, I get it. Meals are a “thing” there, and people will sit for hours and talk. Nothing like home. I went “traditional” again with Mâncare traditională din Bucovina and was very happy with my choice. It was here that the fact that Romanians eat with the knife in their right hand, and fork in the left hand, and it stays in the left hand. I had read this somewhere and found it is true. People commented that this is common in Europe, and it seems very sensible. I tried it….it’s hard teaching an old dog new tricks, but as I said, it makes perfect sense….

This was also another one of those times where my stone-faced, but pleasant, server lit up and smiled at me when I said something as simple as asking for my check in Romanian….”Nota, vă rog”….it’s the little things that make a difference.

Beautiful stained glass, and I discovered a new love. It started at Peles Castle and was affirmed here. I love stained glass. There may be a new passion in my future. 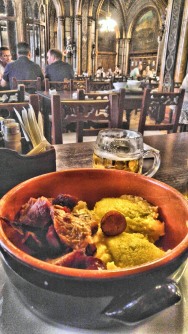 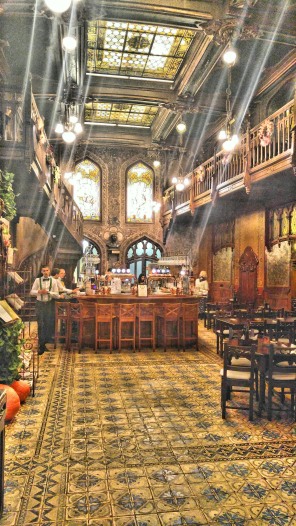 Renovations to the exterior prevented great pictures, but I tried anyway. Also, the beautiful building next door.

One more stop on the way back to my hotel, the Mănăstirea Stavropoleos, another place that I wished I had more time at…. 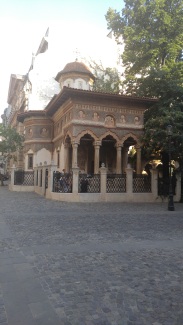 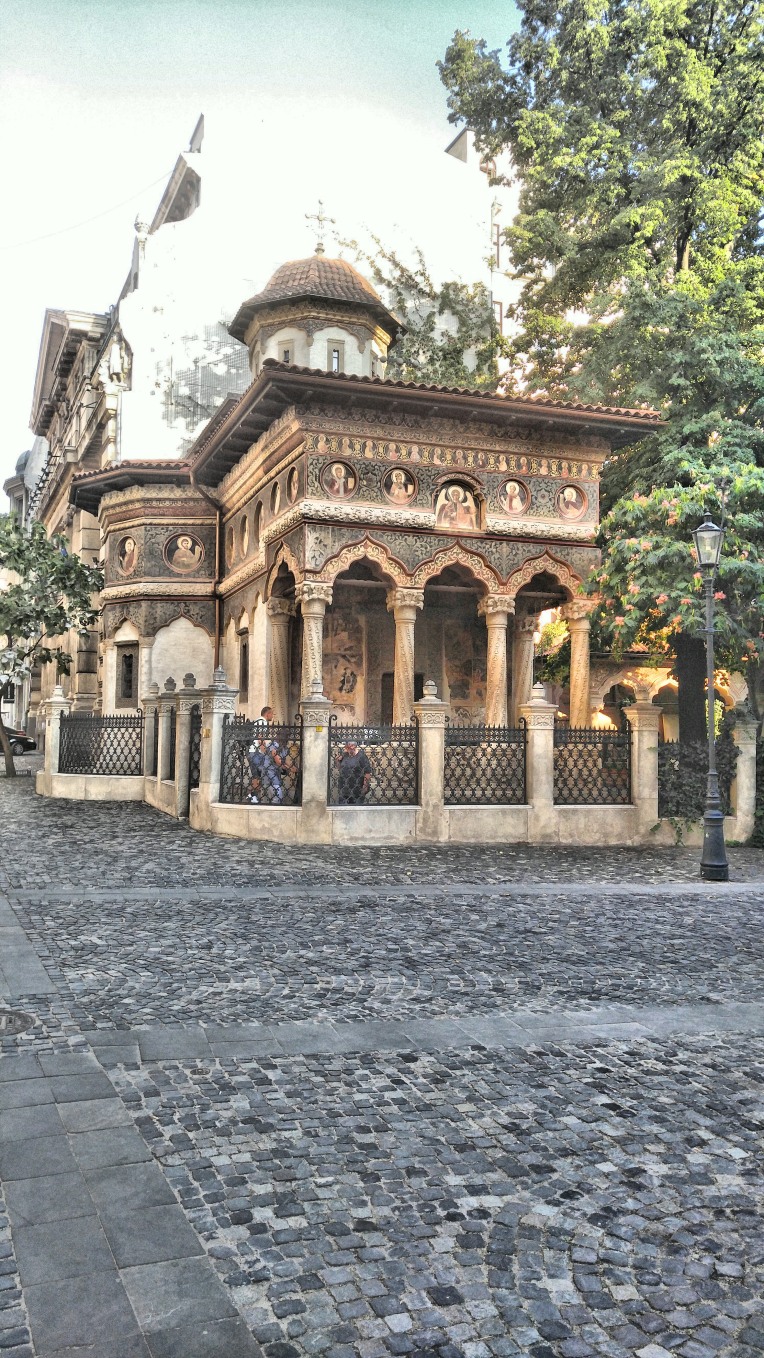 The Original “Pieces of My Mind”

More Pieces of My Mind